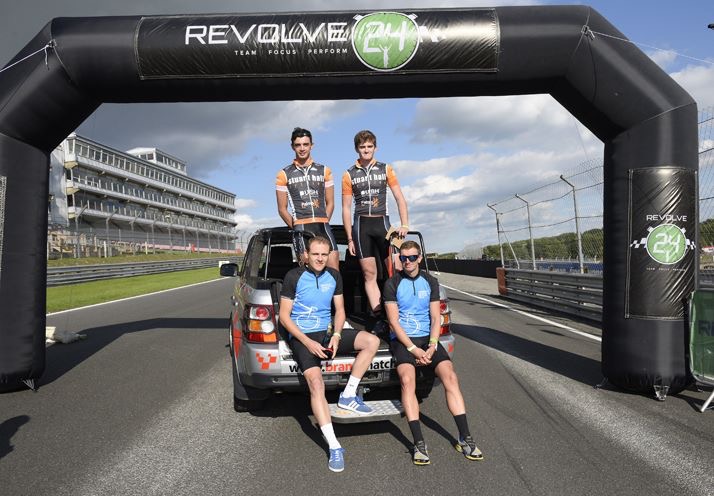 Stuart Hall Cycling teamed up with Parkinson’s UK again last weekend, this time to enter a team into the Revolve24 24hr relay at Brands Hatch. The four-man team of cyclists comprising Sean Hughes and Dan Whelan from Stuart Hall Cycling, Rob Mosley (a regular on Stuart’s trips to Mallorca) and Dave Connor set off on repeated laps of the 3.9km Grand Prix circuit at 3pm on Saturday 19 September.

With an elevation gain of 65m per lap and a maximum gradient of 9%, the deceptively short circuit was far from flat and contained some technical, off-camber bends. “Your legs certainly knew about the climbs by the end” said Sean.

24 hours and 208 laps later, the team finished in a fantastic third place.

Congratulations to Sean, Dan, Rob and Dave for their great achievement. Particularly since a mere 15 hours later, Sean and Dan were off on their next event, helping lead a corporate charity team ride from London to Milan. More on that in due course!

x StuartHallCycling @SHallCycling How beautiful?! Bormio and the surrounding area is just stunning, with cyclists everywhere. Lago di Cancano was the… https://t.co/pY1iBKSePX 6 days ago
© Stuart Hall Cycling Limited 2021. Terms & Conditions | Privacy Policy | website by Slib
We use cookies to ensure that we give you the best experience on our website. If you continue to use this site we will assume that you are happy with it.OkPrivacy policy